Last week’s passing of Ling Ling, Japan’s most famous panda, at the age of 22 presents an occasion for a long-overdue review of the species Ailuropoda melanoleuca (literally, ‘black and white black cat foot bear who suffers depression’). 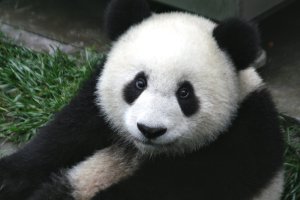 After food with lead in it and human organs harvested from executed political prisoners, pandas are China’s third-largest export, best known for sitting dumbly in zoos around the world while visitors fawn over them and their adorable Chinese names. These names are always one syllable repeated twice (see ‘Ling Ling’, above). While fewer than 1,600 pandas are alive in the wild, the vast majority (27) live in foreign zoos, where most of their time is dedicated to not mating. There are also some pandas in Chinese zoos, which makes as much sense as opening a Taco Bell in the middle of Mexico City: You’ll get a few tourists, but the locals know where the authentic, non-mass-produced food (pandas) is (are).

Much ado is made about the plight of the panda. Pandas are endangered due to habitat destruction, the Chinese tradition of poaching, and their hilariously low birth rate. While their exact fertility rates are unknown, the best estimates are that pandas reproduce once every thousand years. This has prompted aggressive captivity breeding programs. These never work. The reality is that getting pandas to mate is like launching a satellite into orbit. Pandas will do anything to avoid mating, like Quakers avoiding a military draft. Zookeepers have even resorted to showing them pornography in the hopes of getting them to mate, which is more a measure of desperation than scientific training.

However, every so often captive pandas will mate (always by accident), and the local news then runs endless loops of a gross panda cub in an incubator, already planning a life of not mating.

Pandas’ problems come from their basic refusal to act like real bears. First of all, real bears like to mate. Brown bears, black bears, and polar bears are all famous for their robust drive to procreate. Not so pandas. It’s just very low on their list of priorities. In addition, real bears eat what they’re supposed to. Again, not so with pandas. Even though they have the digestive tract of a carnivore and cannot digest cellulose effectively, they insist on keeping to a diet that is 90 percent bamboo. This means that they have to feed constantly, subtracting from time that could otherwise be spent not mating. In fact, it is entirely likely that pandas don’t ever mate because they don’t have enough energy after long days of eating their really inefficient food source.

So while everyone worries about the panda’s future, any objective observer is led to the conclusion that perhaps the panda’s time has passed. Nature is clearly trying to give them the hint that they need to go the way of the Dodo, and maybe we should spend our time on a species that at least wants to survive.

In the meantime, pandas occupy valuable zoo space while bringing little to the table. We’re not even allowed to name them. If we could give the pandas that China lends us names like Babcock or Slider, they might be ever-so-slightly more interesting. Instead we’re left wondering how to pronounce ‘Gao Gao.’

In conclusion, pandas are literally a dying breed, and whatever their charms or ability to symbolize goodwill between us and a brutal Communist regime, the panda species leaves much to be desired.