The term ‘dung beetle’ encapsulates about 7,000 insect species in the superfamily Scarabaeoidea (trans. ‘You probably don’t want to stay for dinner’) that inhabit every continent except Antarctica, where dung beetles, along with military activities and mineral mining, are banned by international treaty.

Dung beetles are so named because their lives revolve around poop. While most animals would react with shame, horror, and possible bites at having a synonym for poop in their name, dung beetles consider it a point of pride. They just love the stuff. Once a dung beetle picks up a whiff of nearby poop with their extremely strong sense of smell, there’s no turning back. To them, the odor of poop is what the scent of a corner pizzeria on a chilly fall evening is to humans, only the pizza is topped with crack and we’re all crack addicts. They love poop that much.

There are three main branches within the dung community. There are rollers, who roll their poop finds into spherical balls for later use; tunnellers, who bury the dung wherever they find it for later use; and dwellers, who are so overcome with poop addiction that they simply live in whatever piles of poop they find. Regardless, all dung beetles share a common trait: an abiding, irrepressible love of poop.

In terms of what that ‘later use’ is, it’s pretty straightforward: dung beetles eat the poop. The balls of poop they roll are simply being set aside for later consumption. Dung beetles do not eat or drink anything else, as the poop provides all the nutrients they need. The poop balls are also used as ‘brooding balls,’ which means that dung beetles lay their eggs inside the poop ball, cover it in more poop, and their future larvae, upon being born, have a whole ball of poop to feast upon. 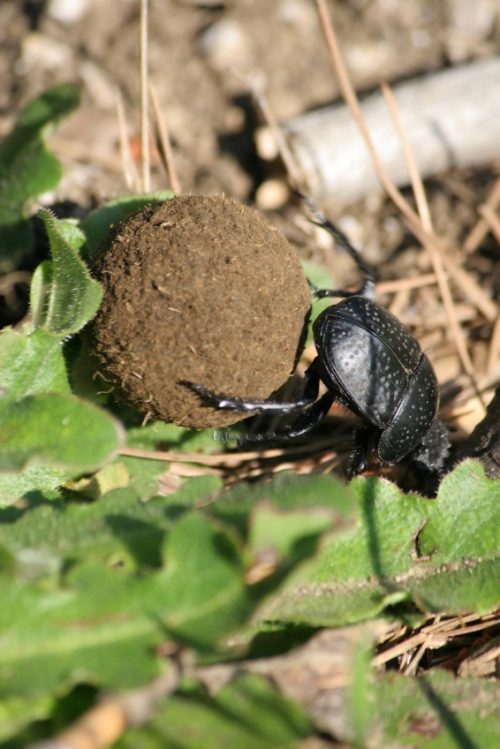 Thanks a lot, Mom and Dad.

As much as poop is central to the dung beetle’s identity, these are not just one-dimensional bugs. They have hidden sides, like a lumberjack who reads poetry. Dung beetles read poetry too, though, to be fair, most of the poems are about poop (‘Shall I compare thee to a ball of poop?’ is oft-quoted in many a dung beetle love letter). Beyond that, dung beetles spend their free time enjoying walks (looking for poop to roll), contemplating poop, talking about poop, reading about poop, and surfing.

I also whittle. But nobody ever talks about that.

But what’s in a name? Well, unfortunately for dung beetles, a lot (cf. ladybugs). But as immediate as the mental connection to poop is when talking about (or to) dung beetles, it is important not to forget that the world needs poop-rollers too. Dung beetles are important parts of ecosystems, getting poop out of the way so other species can go about their lives without stepping in it. They contribute to soil health by reintroducing nutrients from the poop. And dung beetles have even been introduced to agricultural landscapes to deal with cow poop issues that might otherwise harbor germs and parasites. In fact, were it not for dung beetles, the entire earth would be covered in a layer of poop (except for Antarctica).

Dung beetles’ cowillingness to really get down and do the dirty (and poopy) work of an ecosystem has earned it some strong admirers, most notably in Ancient Egypt, where the scarab was viewed as a symbol of life. (Of course, it should be mentioned that these were also the same people who thought it made sense to spend 30 years building a single tomb for one guy out of really heavy rocks, so maybe their judgment was a bit iffy anyway.) 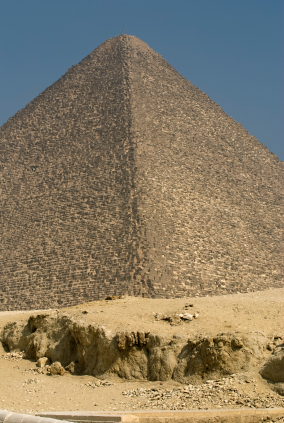 After we’re done here, let’s move on to those beetles that eat poop and also invent beer.

Beyond Egypt, there is Aesop’s fable “The Dung Beetle and the Eagle,” which involves an extremely confusing storyline about a dung beetle, an eagle, a hare (which gets eaten by the eagle, which for some reasons upsets the dung beetle, who retaliates against the eagle), and Zeus. In Franz Kafka’s The Metamorphosis, Gregor Samsa is said to turn into ‘an old dung beetle.’ Then there’s the ill-fated 1970’s children’s book series Dung Beetles At The Disco, which was really more of a tribute to the disco culture and an allegory about the dangers of trampling than a paean to the dung beetle.

So next time you’re at a cocktail party and someone starts gossiping about dung beetles, consider standing up for the little poop-rollers. They’re doing all of us a big favor by obsessing over poop, and they deserve more than our respect – they also deserve a name change. Until someone suggests a better name than Hey Somebody’s Gotta Do It Beetles, we’re sticking with that.

And if you ever see a dung beetle hard at work on a pile of poop, take a moment to tell them, ‘Just so you know, I love you like a fat kid loves cake, which is almost as much as you love poop.’  They’ll appreciate the kind words.